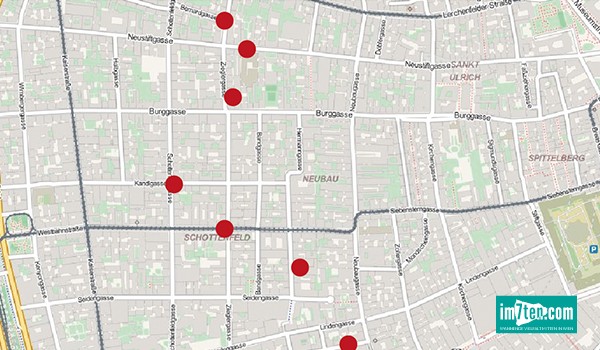 Nine architects and seven buildings – an architectural trip through the seventh district begins.

Our trip begins in Bernardgasse. Back in the year 1851 Johann Nepumuk Adametz adapted the residential building number 2 which was erected in 1817. During this time the population of Vienna was growing substantially which can be noticed in the building design and adaptations. Many similar houses were raised to create more living space.

We now turn round the corner and stand in front of the entrance to Neustiftgasse 74-76. This residential and commercial building was established by Gustav Orglmeister and Franz Kupka in 1896. Here we can also see the broad scope of design around the turn of the century: block-like, simple shapes in the style of the Wagner-School and its decor.

Going South we find the name Ostovics displayed on the house in Zieglergasse 74, the trading house Ostovics built by Carl Auböck in 1979. The neutral and modern international style of the times can be found here, too. The commercial venues show the coolness of Maria Welzig in Kuzmany 2009 as well as the straightforwardness and modern design of Carl Auböck.

At the corner of Kandlgasse 16 and Schottenfeldgasse 54 we find a house built in 1890 by Joseph Kubelka which is one of his last constructions. He became know for his style of front which reaches over several houses letting them appear to be one.

We turn into Westbahnstraße where we can’t miss house number 16: the Parish Church “St. Laurenz am Schottenfeld”. The church was erected from 1784-1786 according to the plans of the architect, master builder and interior designer Andreas Zach. The tower, though, was finished at a later stage in 1787. Zach’s creations are significant for the transition from the Baroque period to a more rational classicism.

“Junghans” written in bold type, decorates the house in Hermanngasse 8. This residential and commercial house was built in 1912 by Ernst Epstein who also co-constructed the “Loos-Haus“ on Michaelerplatz together with Adolf Loos. His manifold creations meet the taste of the time combining Secession decorations with Baroque motifs as well as simple shapes and decor.

We finally end our stroll at Richtergasse 9. This apartment building was constructed in 1901 by Alfred Wildhack and Robert Morpurgo. Alfred Wildhack was a firm advocate of the late historicism with the intention to build “in the style”, open only very little to the modern style of the time. Together with Robert Morpurgo, though, also contemporary elements were included. Flat house fronts with Baroque decorative elements reflect this late historicism. 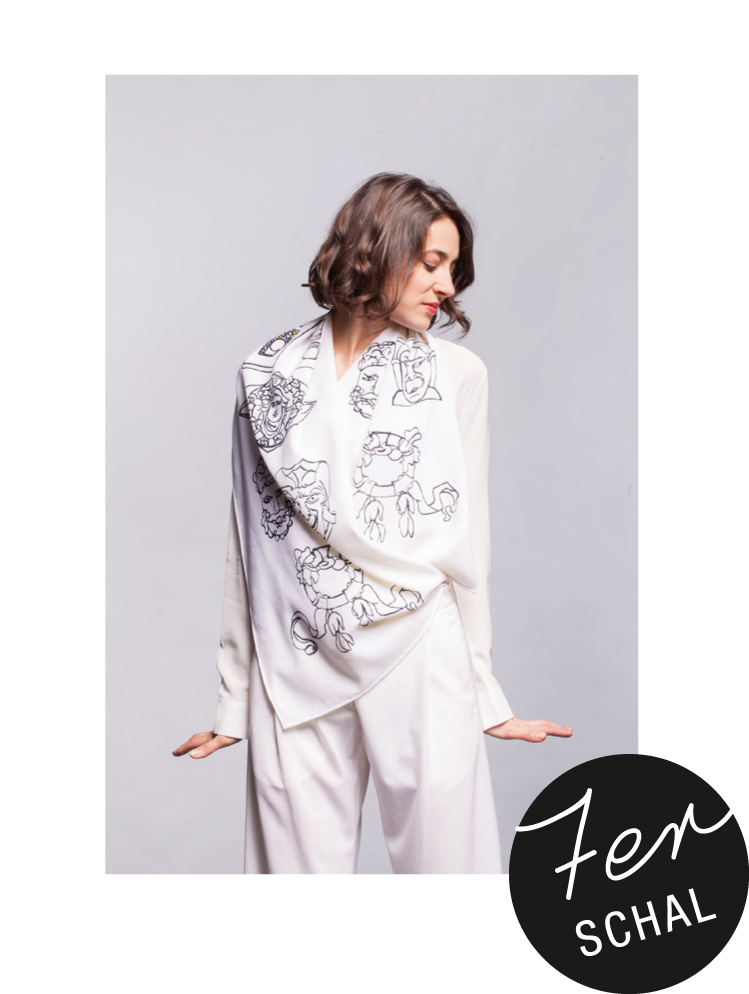 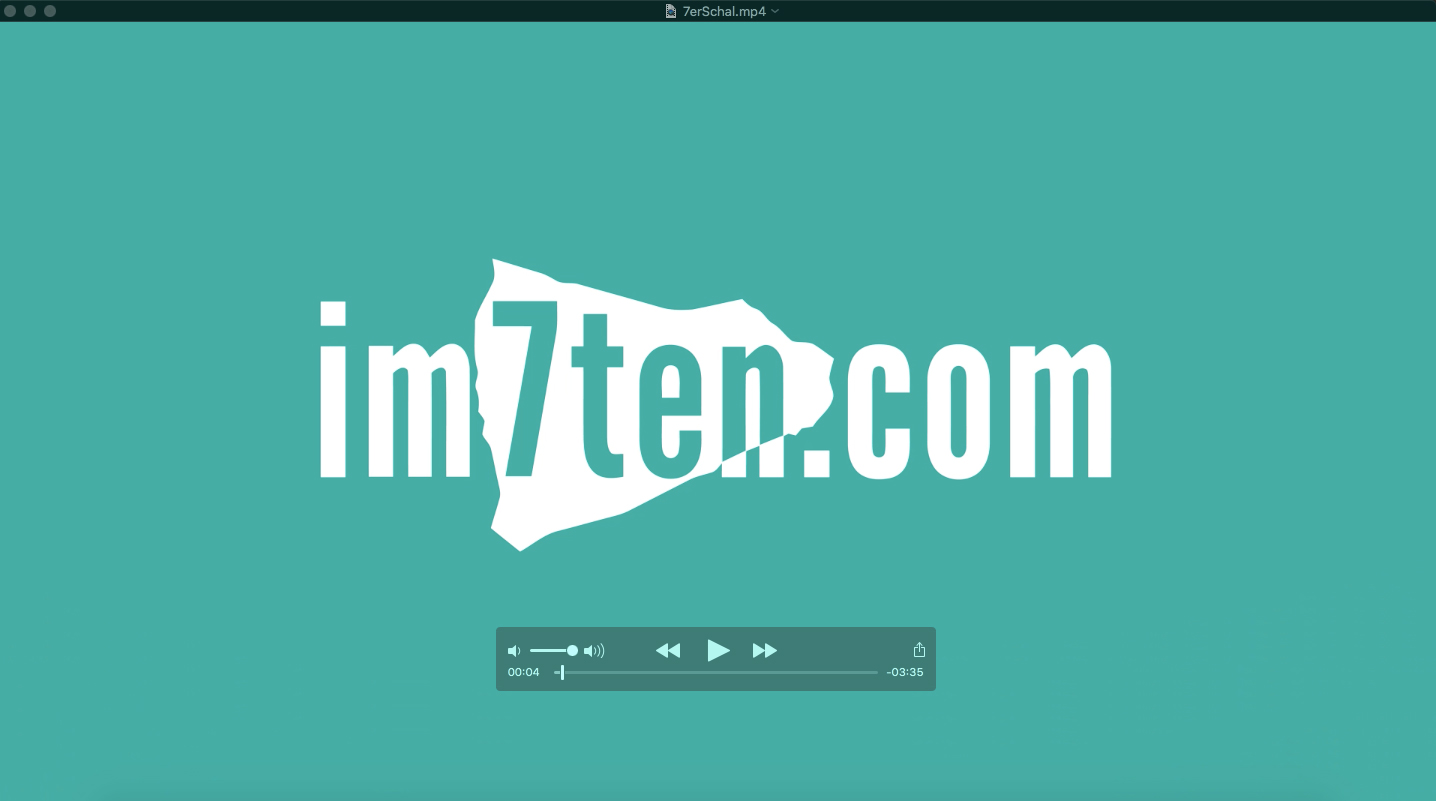